Much of my work explores the boundaries where language breaks down, where plain words are unable to capture the fleeting impressions we only half recognise, the emotional states that are beyond coherent expression, the memories that shift and fade erratically with time. And then there are the conversations we don’t quite hear, the signs we don’t quite read, the notions we don’t quite express. Circling all these are the countless objects we recognise but cannot name, the actions we cannot describe, our knowledge of place and time that we cannot write down.

The process of speech generation is one of the most complex examples of cognitive-motor processing in the human nervous system. Much of the time, it functions seamlessly, allowing a rapid flow of meaningful words supported by a largely subconscious framework of semantics, syntax and prosody. Many different areas of the brain must interact at multiple levels for this process to operate properly. A key component is the neural control of the larynx, the voice itself. Basic sounds formed by the vocal cords in the larynx are filtered and modified by the changing shape of the throat, mouth and lips to generate the characteristic vowel sounds of speech. Without vowels, all that remains are the various clicks, hisses and whirrs of the consonants.

Despite its limitations, language has undoubted power: not only the power to communicate, but the power to transform and inspire, to command and corrupt, to denigrate and persecute. The Universal Declaration of Human Rights was proclaimed by the United Nations General Assembly in Paris on 10th December, 1948 (General Assembly Resolution 217A) as a “common standard of achievements for all peoples and all nations”. It sets out fundamental human rights to be universally protected and, accordingly, it has been translated into more than 500 languages. In particular, Articles 18-22 assert that everyone has the right to freedom of opinion and expression, association, involvement in democratic government, and the development of personal dignity. Unsurprisingly, the language of repressive states and censorial legislation routinely undermines or countermands these principles.

In my video “unvoiced”, I have taken the text of Articles 18-22 of the Universal Declaration of Human Rights and removed all the vowels, rendering the text unvoiced. This is a form of redaction, the process whereby holders of documents remove portions of text deemed to be against national security or community standards or the beneficiaries of high office or their personal interests before it is released to the public. Yet this highly reduced, redacted text can still be spoken, albeit by a computer algorithm that does its best to articulate what remains, to give some kind of voice to the unvoiced. Visualising the outcome of this process employs the imagery of video streaming and surveillance in a world where bandwidth and access can be reduced or cut off at a mere flick of a switch by those who have the means to do so.

The topic for our inaugural issue is CENSORSHIP!

You have violated our community standards! 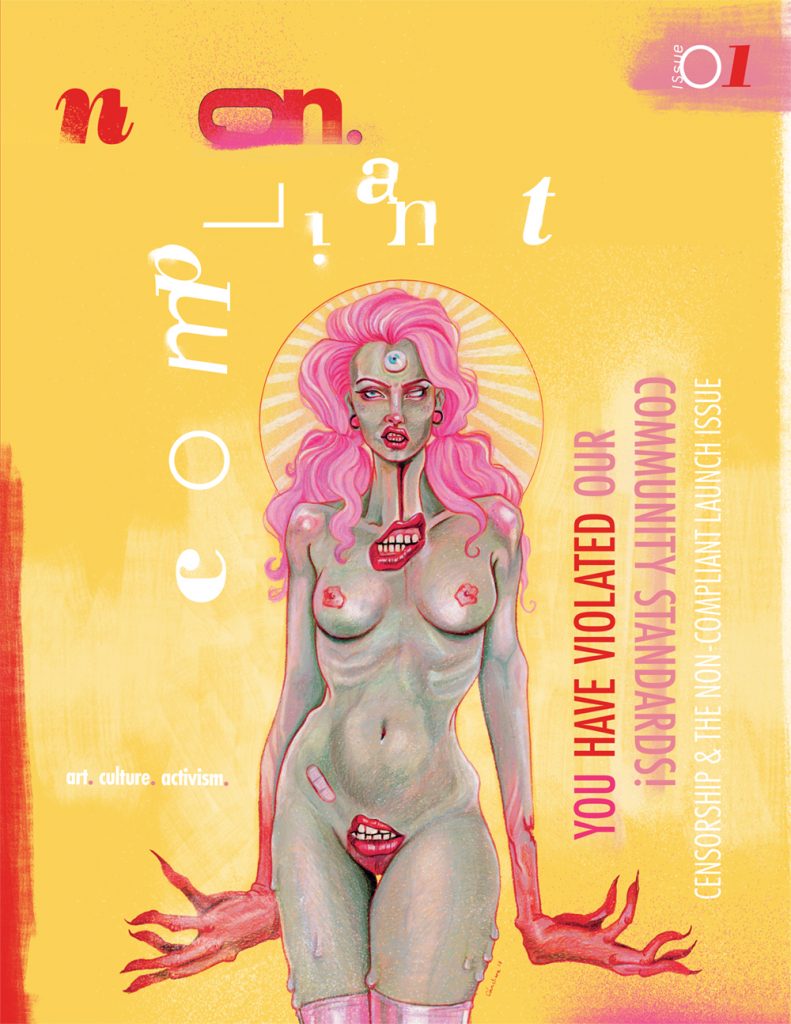